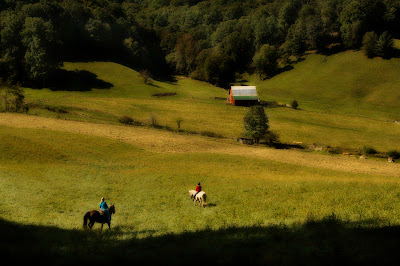 I went riding in the North Carolina Mountains - isn't this an idyllic spot? This photo was taken by a dear friend and tweaked a bit in photoshop! More of my travels to follow.
Posted by OneCowgirl at 11:28 AM 11 comments: 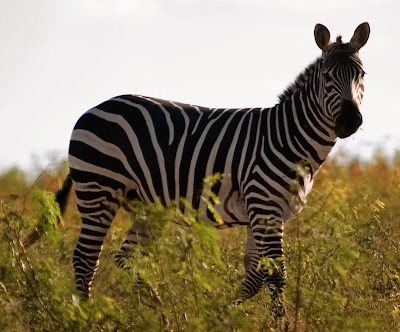 She pppainted me to lookee like a zeBRA! I'm furiousosy! Nowse, I knowse I loooke likee a great zeBRA but really whate ise she thinkin? First, there is my nemesis and now THIS! Perhapse shee should just see me when I'm runnin out the gatee and never to returen! She even cutted my mane! What do you thinke I should do to her? Nowse, don't say bucker off - I would nevere do such a rudee thinge - Studley Dudley does have mannerers! So, whatse the verdicete?
Posted by OneCowgirl at 12:12 PM 7 comments: 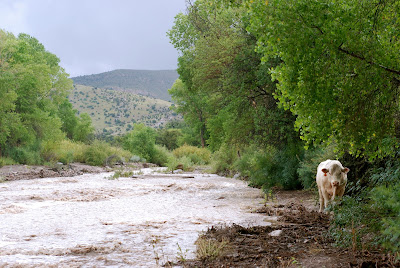 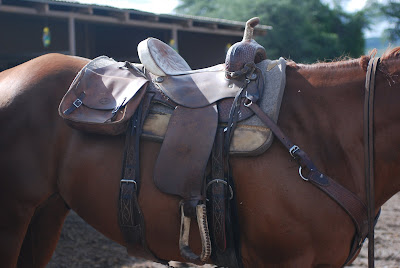 Well, you are most likely wondering why is OneCowgirl showing me a pic of her saddle bag and a pic of a bull! Well, its because last time I pulled a bottle of water out of my saddle bag it was covered in dirt! Why? Well a few weeks ago - Hollywood had left me alone to move a bull while he went back for another. We had found the bull hiding out way up a canyon - for over two hours he had picked his route more or less in the right direction - for the most part he'd been fairly cooperative. As you know, its a heck of a lot easier to move bulls when they are traveling with female companionship and he had none! When we picked up the second bull - that's when the trouble started - Hollywood yelled at me to make sure the first bull didn't run back into the
Poisen pasture. Well my bull took off with a vengeance headed straight to the poisen pasture behind this tank. I got him stopped thanks to Studley Dudley that is after he got into the poison pasture - then he became very uncooperative. Sometimes, you got to chuck a few rocks at a bull to make him move - some cowgirls and cowboys are brave enough to do this from the ground but NOT OneCowgirl. So, once I got the bull stopped - I dismounted and filled my saddlebags with rocks. I am sure the bull was happy that I have never excelled at softball - he was tired and cranky - I finally left him there for the night after we played ring around the mesquite tree and I threw lots of rocks in his direction! I moved him the next day - it was much easier because we found some cows to travel along with him but thats another story!
Posted by OneCowgirl at 2:33 PM 6 comments: 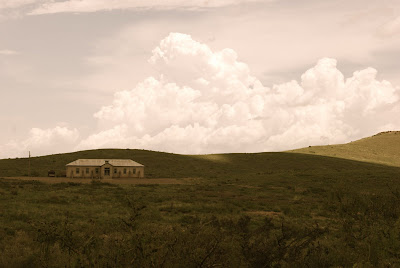 I am amazed at the number of folks in the blogesphere that home school their kids. Somehow, as much as I love my mother I couldn't imagine her attempting to wrangle the kids and home school us. It is a job she would not apply for. Now, I realize there is wealth of resources available today that were not available in my day (notice I didn't say the number of years ago!) so, maybe some aspects of it would be easier for her. For a variety of reasons, I believe the home school parent is much like a one room school house teacher. I love hearing stories about one room school houses and home schooling. Life is an adventure - the curriculum and life experience that home schooling provides is phenomenal - from traveling the world to working cattle some home schoolers are living the life!
Posted by OneCowgirl at 11:28 AM 6 comments: 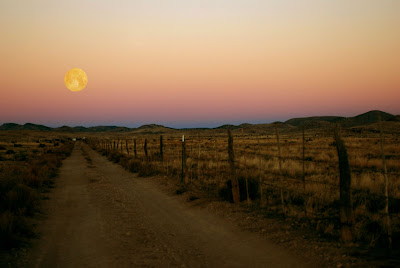 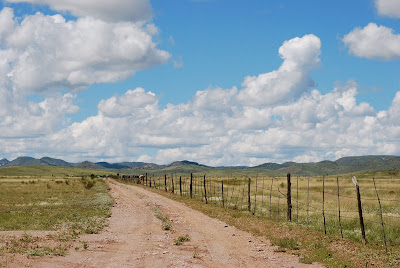 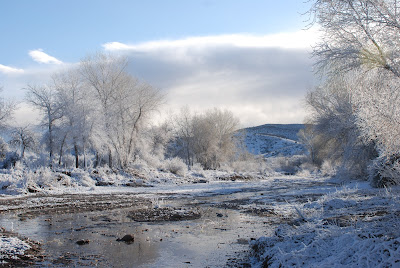 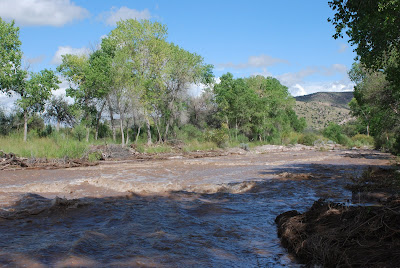 Have you noticed the light changing as fall approaches? Or spring depending on where you are? It is always interesting to see how weather, time of day, light effects the landscape -
Posted by OneCowgirl at 12:33 PM 6 comments: 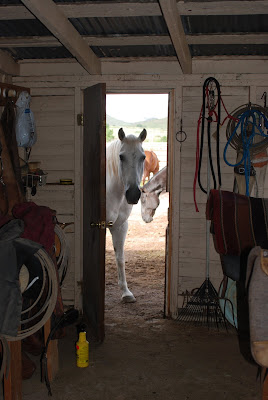 Jet loves carrots and anytime you go in the tack room he peaks his head in hoping you will open the fridge and bring him a carrot. If you don't have a fridge in the tack room I highly recommend it for not only for carrots, medicine but also for refreshments! If one is not careful two of the horses will actually come in the tack room both of which can manage to turn around in the space above! As you know, Jet got hurt a few months ago and Studley Dudley reported it. Jet has recovered nicely and actually has been sold but not picked up. Though he doesn't have shoes I am supposed to put the first ride him "since I'm lighter than Hollywood" and see how he does. Wish me luck!
Posted by OneCowgirl at 12:26 PM 7 comments: 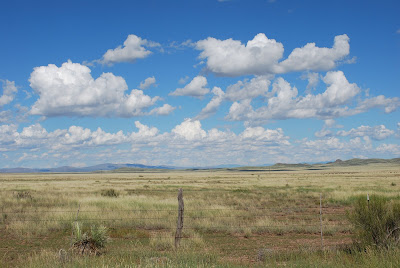 Cumulus clouds really do make for a nice picture or stratus clouds - though stratus clouds are difficult to capture without the right kind of backdrop! Thank you to everyone for all your kind comments and compliments about my photography. Here is a link to a little cloud game to help you learn your clouds!
Posted by OneCowgirl at 4:30 AM 5 comments:

Rainbow at the Ranch 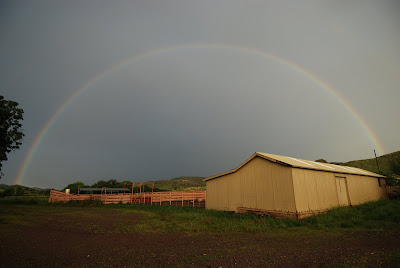 Could you hear me singing? In case, you want to sing along..... 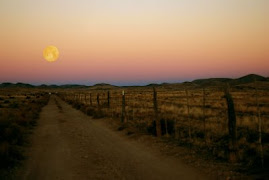 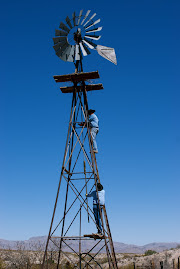 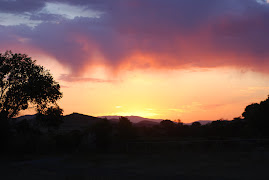 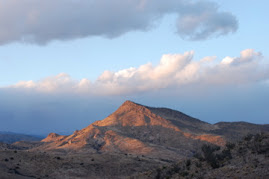 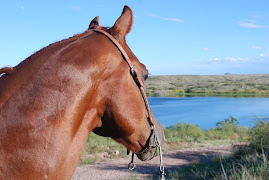 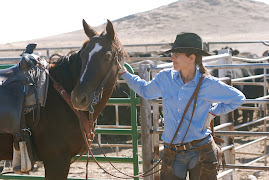 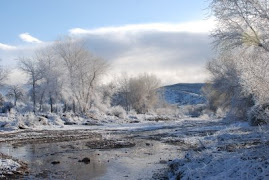 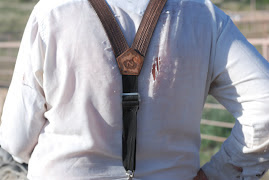